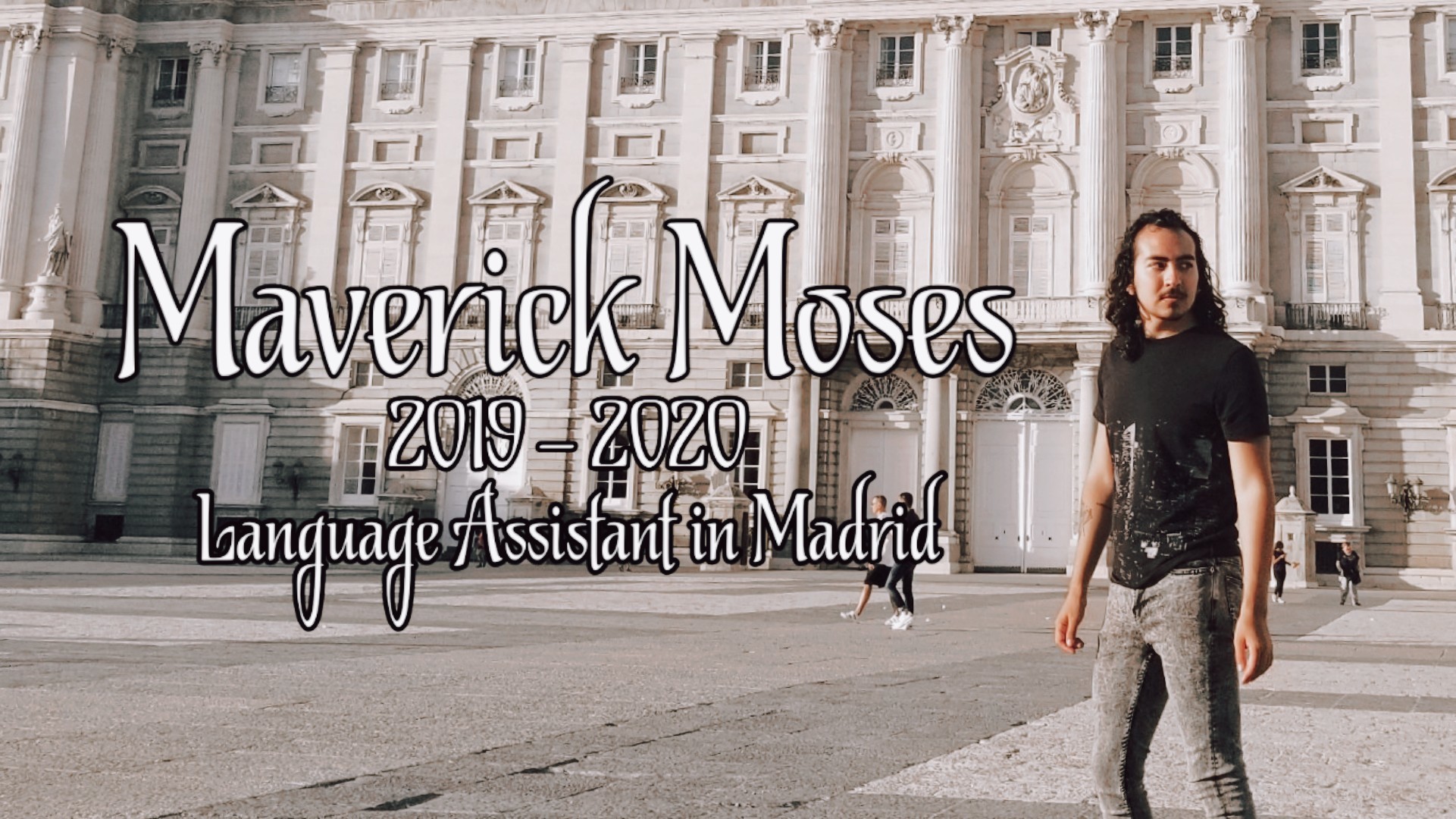 Hello! My name is Maverick Moses and I have had the pleasure of working as a Language and Culture Assistant in Madrid, Spain during this past school year. Becoming an LA and adjusting to life in Spain has certainly been an experience I'll cherish forever. I've met many LA's from different schools around Madrid since I started and each one of them has had their own unique experiences. So I'm looking forward to sharing a bit of my own through this portfolio so that future LA's can get a taste of what's awaiting them in Spain.

I was born and raised in Round Rock, Texas, a suburb just outside the capital city of Austin. A great town that combines the friendly and welcoming atmosphere of a small town, where on any given day you'll likely see someone you know, and the hustle and infrastructure of a larger city. I was homeschooled from pre-school to high-school graduation, and then went on to receive an Associate Degree in International Communications from my local community college because I had always wanted to learn and experience different cultures. During which time, I worked as a "jack of all trades" at a restaurant where I held and was respected in eight different positions.

After graduating, I started on a path to pursue my dreams of becoming an author and started working on my first full length novel, which lead to me maintaining an author platform, teaching other writers, and working as a freelance promotional image designer. My debut novel, a young adult fantasy and first of a trilogy, Karma's Children: Discovery, was published in September of 2019, just before I moved to Spain!

I had lived in my home in Texas my entire life. And although I have been able to visit over half of the 50 states in America, I had never been out of the country and I had never even lived on my own until I came to Spain! But I knew it was an experience I could never pass up.

My mother's first language is Spanish, and although she briefly tried teaching my siblings and I the language, it never resonated with any of us. I became a "jack of all trades" at the restaurant I worked at by immersing myself in the different disciplines, which is why I knew that if I was ever going to be able to learn Spanish and find some connection to that side of my heritage, I needed to immerse myself in the language. And the opportunity to live in Spain gave me the opportunity to immerse myself in the language and to finally experience an entirely different culture to my own, which is what I initially went to school for.

Adjusting to life in Spain has been difficult, but also so much fun. Although I'm far from fluent, I'm proud of how much Spanish I've already been able to pick up in the short time I've been here. And I can't wait to spend another year in this beautiful country.